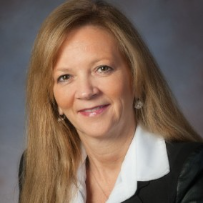 Most recently, Sharon worked as Director of Academic Operations at the University of Prince Edward Island from where she recently retired. In addition to her professional career, Sharon has been the lead singer in a band, has been a member of various choirs, holds a motorcycle license and has volunteered extensively with various community groups and organizations including Charlottetown Meals on Wheels, Crimestoppers, Big Brothers/Big Sisters, and various Stratford municipal committees.

Join us at United by Song – FREE Virtual Event!