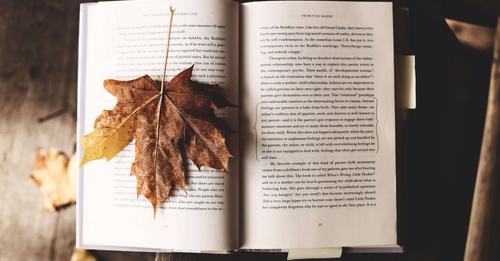 L’nuey is an initiative focused on protecting, preserving and implementing the constitutionally entrenched rights of the Mi’kmaq of Prince Edward Island, Epekwitk. This will be particularly important as we begin the process of determining how our people can benefit from our rights as we begin negotiations through the Mi’kmaq-Prince Edward Island-Canada Framework Agreement. The Framework Agreement affirms the historic Mi’kmaq treaties and commits the Federal and Provincial governments to respectful and cooperative negotiations with the Mi’kmaq to deal with our outstanding Aboriginal and treaty rights claims. Click the link above to learn more about L’nuey and how you can support local.

You can view all of the webinars online. The sessions are categorized into 4 series:


If we were to recommend one, we could recommend: Residential Schools: One Person’s Story of Survival with Elder Margaret Poulette & Rosie Sylliboy.

Indian Residential schools operated in Canada from 1831 until 1996. An estimated 150,000 Indigenous children were taken from their homes and forced to attend these schools. In this webinar, Residential School Survivor, Elder Margaret Poulette will share her first-hand story of what it was like to attend one of these schools. Margaret Poulette, Elder, Residential School Survivor and Rosie Sylliboy, Manager, Mawita’mk & Margaret’s Daughter

In this feature film, the profound impact of the Canadian government’s residential school system is conveyed through the eyes of two children who were forced to face hardships beyond their years. As young children, Lyna and Glen were taken from their homes and placed in church-run boarding schools, where they suffered years of physical, sexual and emotional abuse, the effects of which persist in their adult lives. We Were Children gives voice to a national tragedy and demonstrates the incredible resilience of the human spirit.

4. Residential Schools in Canada: A Timeline

The history of residential schools in Canada can be traced as far back as the 17th century. Watch the “Residential Schools in Canada Timeline” video to learn about the significant dates in its history — from the landing of Jesuits in what is now known as Quebec, to the release of the Truth and Reconciliation Commission of Canada’s final report in 2015

This article is a call to action list, detailing 7 steps that non-indigenous people can take right now, including suggestions for donations, resources, calling on elected officials, community actions, etc.

CBC announced the launch of TELLING OUR TWISTED HISTORIES, an 11-episode podcast series that reclaims Indigenous history by exploring 11 words whose meanings have been twisted by centuries of colonization.

Host Kaniehti:io Horn (Letterkenny, The Man in the High Castle) guides listeners through conversations with more than 70 people from 15 Indigenous communities whose lands now make up Quebec, New Brunswick and Labrador. The first two episodes of TELLING OUR TWISTED HISTORIES – “Discovery” and “Reserve”- are available now on CBC Listen and everywhere podcasts are available. New episodes will be released weekly on Mondays until August 2, 2021. Listen for free on CBC Listen, available as a free app for iOS and Android devices and online at cbc.ca/listen.

7. Reclaiming Power and Place: The Final Report of the National Inquiry into Missing and Murdered Indigenous Women and Girls

The National Inquiry’s Final Report reveals that persistent and deliberate human and Indigenous rights violations and abuses are the root cause behind Canada’s staggering rates of violence against Indigenous women, girls and 2SLGBTQQIA people. The two volume report calls for transformative legal and social changes to resolve the crisis that has devastated Indigenous communities across the country.

The Black Cultural Society of Prince Edward Island (BCSPEI) was founded in 2016 because of the gap left by the dissolution of the Black Islanders Cooperative and the growing need for an organization to represent, support and advocate for the growing Black community on Prince Edward Island as well as the descendants of Black Islanders. Click to link above to learn more about the work they are doing in PEI.

2. Dialogue with Drake and Daboo

Dialogue with Drake and Daboo is a podcast that takes a progressive look at policy, politics and current events while trying to relate our reality to pop culture. Check out the links to Episode 26 and Episode 16 to learn about POC and BIPOC communities in PEI.

3. Recognizing Slavery’s Legacy of Racism in the Time of COVID-19 CRRF Webinar

One of the greatest crimes against humanity to date has been the transatlantic slave trade. It is not just a reference to a dark period in human history, but the reality that we still continue to live with its shameful legacies. In particular, the COVID-19 pandemic has further exposed those legacies, including racism, inequality, and systemic racism of people of African descent across the globe.

To mark August 23 as a day of Remembrance of the Slave Trade and its abolition, Chiamaka and Natasha discuss this shameful legacy and focus on how COVID-19 has exacerbated the social, political, economic and health conditions that are linked to structural racism, thereby causing people of African descent to suffer disproportionately. Drawing clear links between the transatlantic slave trade and on-going structural racism faced by the Black community, the panelists will also discuss what we can do to eradicate anti-Black racism and promote equity for this community.

1. In the Shadow of Gold Mountain Documentary film NFB

Filmmaker Karen Cho travels from Montreal to Vancouver to uncover stories from the last survivors of the Chinese Head Tax and Exclusion Act, a set of laws imposed to single out the Chinese as unwanted immigrants to Canada from 1885 to 1947. Through a combination of history, poetry and raw emotion, this documentary sheds light on an era that shaped the identity of generations.

If you want to know more about our country’s past of anti-Asian policies and practices, check out this interactive timeline.

This webinar examines the compounding mental health and workplace impacts of COVID-19 towards diverse employees, with a focus on individuals of East-Asian and Indigenous backgrounds. The webinar includes opportunities, responsibilities and tips that employers and organizations can consider to reduce race-based micro-aggressions and mental health stigma targeted towards diverse employees, clients and stakeholders

3. A Year of Racist Attacks: Anti-Asian Racism Across Canada One Year Into the Covid-19 Pandemic

After unearthing the truth about their family history, Japanese Canadians who were relocated to rural Manitoba during the Second World War seek justice. Narrated by David Suzuki.

These are a series of videos highlighting the personal stories of individuals who have dealt with racism and discrimination. The series is intended to inspire conversation and generate support for continued advocacy. These documentary style videos highlight stories advocating for a more equitable Canada featuring heroes who have broken new ground in their views and achieved experiences that are worth sharing.

2. What is the government doing about Islamophobia in Canada? Here’s what we know: Global News Article

3. Unmasking Racism: What are we going to do about it? CBC Jem documentary

Join CBC Vancouver’s Lien Yeung and Angela Sterritt for a virtual townhall about systemic racism in the workplace, the media and in day-to-day interactions, and explore solutions that will make B.C. a more inclusive province.

A group of new immigrants and Indigenous peoples meeting for the first time and discovering they share many of the same traditional dance moves is one of our favourites moments of this doc. Behind the Bhangra Boys, which follows the Maritime Bhangra Group along their journey of joyful activism, is streaming for free on CBC Gem.

5. Immigration in Canada: The Canadian Encyclopedia

The movement of individuals of one country into another for the purpose of resettlement is central to Canadian history. The story of Canadian immigration is not one of orderly population growth; instead, it has been — and remains one — about economic development as well as Canadian attitudes and values. It has often been unashamedly economically self-serving and ethnically or racially discriminatory despite contributing to creating a multicultural society (see Immigration Policy in Canada; Refugees to Canada). Immigration has also contributed to dispossessing Indigenous peoples of their ancestral lands.

6. George Strombolopolous Tonight: Not Wanted Here – Some Of The Groups Canada Excluded From Full Citizenship

7. The Coast: On the question of “Where are you really from?”

Join us at United by Song – FREE Virtual Event!